A measure was passed in New York that would eliminate handwritten prescriptions completely and significantly curtail phone-based orders. The expansion of the Internet System for Tracking Over-Prescribing Act (I-STOP) law would go into effect on March 27, 2015, and is the first of its kind in the country. Now, the American Medical Association (AMA) is asking for a delay of the new law, citing a number of potential problems with forcing all prescriptions to be ordered through the online system.

James L. Madara, MD, is the president of the AMA. He has asked for a one year delay in the process, claiming the “mandate… does not take into account the real disruption that will occur to patients if the mandate is allowed to go forward.”

Why e-scripts may cause a problem 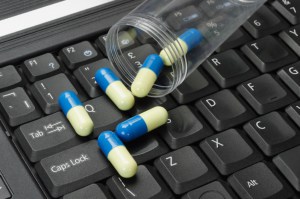 The new system is supposed to help lessen the number of prescription errors made by doctors while making it more difficult to commit fraud or to illegally sell or purchase drugs. But the potential problems with the system may outweigh the benefits. Some of those problems include:

The medical groups which have come forward are not against the new law; they simply want more time to streamline their current processes and address any potential problems before the law goes into place.

An electronic process for ordering prescriptions could make it easier for medical professionals to find the information they need about patients quickly and easily – but only if the kinks have been worked out. If the law is implemented too soon it could put those patients’ lives at risk. The AMA is right to raise concerns about the law; let us hope that the Health Commissioner does the right thing.