Do Deceptive Marketing Practices Play a Role in the Illness of Addiction?

Do Deceptive Marketing Practices Play a Role in the Illness of Addiction? 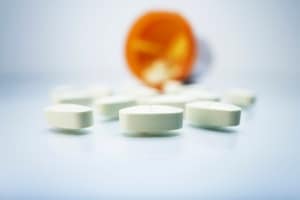 We trust our doctors to make the right decisions when handing out potent medications.  As of 2015, the American Society of Addiction Medicine reported that two million people in the U.S. had a substance use disorder involving prescription painkillers. These days, the Centers for Disease Control and Prevention recommends that doctors only give out three-day prescriptions for opioids, which they hope will help reduce the number of people suffering from opioid addiction.

There are multiple reasons for the sharp uptick in opioid-related overdoses and injuries, but the State of Ohio wants the drug makers to acknowledge their share of the responsibility. The state recently filed a lawsuit against the pharmaceutical industry, accusing several drug companies of conducting marketing campaigns that misled doctors and patients about the dangers of addiction and overdose in opioids.

What the lawsuit claims

The lawsuit, filed against major players such as Johnson & Johnson, Allergan and Purdue Pharma (among others), alleges that these companies promoted the use of opioids for chronic pain rather than short-term, acute pain. Ohio Attorney General Mike DeWine charged in his suit that these companies spent “millions of dollars on promotional activities and materials that falsely deny or trivialize the risks of opioids while overstating the benefits of using them for chronic pain,” as reported by the New York Times.

Ohio’s suit is just one in a line of lawsuits against Big Pharma. Mississippi has a lawsuit pending; West Virginia has pursued and obtained settlements against drug distributors; and the City of Chicago as well as some counties in California, New York and West Virginia are also pursuing legislation. Ohio aims to recover the money they have spent “on the drugs themselves, through programs like Medicaid, and on addiction treatment.”

Maryland is facing an ever-growing problem with addiction

There is no doubt that our country is in the midst of an opioid epidemic. These powerful painkillers – such as Vicodin, Percocet, OxyContin, fentanyl, and Oxycodone – relieve pain symptoms, but come with a high risk of addiction and overdose. In fact, 25,000 people in the U.S. died in 2015 from overdosing on opioids, according to the CDC.

In 2016, Maryland.gov released its revised overdose death report for 2015. According to the Department of Health and Mental Hygiene, 1,468 people died as a result of an overdose in 2015. Of those deaths:

(Drug- and Alcohol-Related Intoxication Deaths in Maryland, 2015; updated in September 2016)

Addiction is an illness. Opioid addiction, in particular, is very difficult to manage and overcome on your own. If you or someone you love developed a dependency on pain medication, there is help available to you.

Plaxen & Adler, P.A., is a premier medical malpractice law firm serving clients throughout Maryland. To learn more about our services, please call 410.988.4449, or fill out our contact form. We serve clients across Maryland.