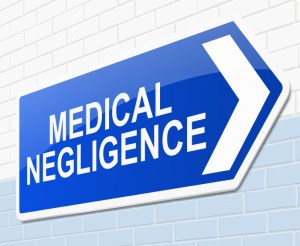 The family of now 13 year old Jaylan Norfleet can rest a little easier today, as the Maryland Court of Appeals has rejected the last appeal of MedStar Harbor Hospital. Jaylan Norfleet was born in 2002, but the original verdict of $20.6 million was not decided until 2012. Three years later, Medstar Harbor Hospital has exhausted all of its appeals, and the Norfleet family can finally be assured that their son, who was deprived of oxygen during childbirth and is “significantly physically disabled” as a result, will be able to get the care he needs for the rest of his life.

The trial captured hearts and headlines when the verdict came back, and insurance companies and hospitals have attempted to use it to their advantage as they push for the creation of a birth injury fund that would end the ability to sue doctors and hospitals when their negligence causes a birth injury.

Jaylan Norfleet came into this world eight weeks earlier than expected. Both he and his mother, Shantiah, presented with high blood pressure. The doctors decided to induce labor rather than allow the dangerous pregnancy to continue. Even though the fetal monitor showed that Jaylan was not getting enough oxygen, the doctors decided to move forward with the vaginal birth instead of scheduling an emergency C-section. This decision is what led to Jaylan’s cerebral palsy.

Cerebral palsy is the term used to describe “any one of a number of neurological disorders that appear in infancy or early childhood and permanently affect body movement and muscle coordination but don’t worsen over time.” Not all cases are severe, and many people do not need any additional assistance or care. Treatments vary depending on the person, and often include:

Because Jaylan Norfleet suffers from a severe form of the disorder, he had to undergo multiple surgeries in order to have even a limited use of his limbs.

We are happy that the Maryland Court of Appeals stood up for the rights of victims and rejected Medstar’s appeals. Jaylan’s chances at a better quality of life have just dramatically increased. We wish the entire Norfleet family the best of luck and much happiness in their futures.

For more information about medical malpractice and birth injuries, or to learn more about your rights as a patient, we invite you to visit Plaxen & Adler, P.A.