Losing a child is heartbreaking regardless of the circumstances. For one Maryland couple, however, the loss may have been prevented had the doctor acted with care. Instead, one medical professional’s failure to act may be responsible for the tragic death of a newborn.

On January 23, 2013, a Maryland couple rushed to the hospital as the mother-to-be was suffering with signs of placental abruption. The doctor failed to order an emergency C-section. When the baby was finally delivered, she showed signs of hypoxia. The baby died soon after.

The dangers of placental abruption

When a woman becomes pregnant, her body creates a placenta. It is attached to the uterus, and it gives the fetus the nutrients it needs during development while removing any waste. In a placental abruption, the placenta detaches from the uterus, causing the mother to bleed and depriving the baby of the nutrients he or she needs to survive. Though placental abruptions are rare, they are very serious. A doctor must work quickly to save the child’s life if an abruption occurs.

Why do placental abruptions happen? 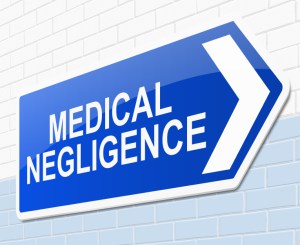 There are a number of factors that could increase the chances of a placental abruption. The Mayo Clinic lists:

Women with these factors should be monitored closely by their doctors, but there is no way of predicting an abruption. For that reason, it is imperative that an OB/GYN respond to the signs quickly. If the child is close to full-term, it is still possible for the mother to give birth vaginally. It is also possible to continue the pregnancy as planned if the abruption is mild, even if the pregnancy is in its early stages. If the case is severe, however, an emergency C-section may be the only way to save the life of the child and/or the mother.

Failing to diagnose the signs of a placental abruption is an act of negligence. Her failure to act may be linked to the death of the child.

For more information about medical malpractice, or to learn about the services we offer to Maryland families, please visit Plaxen & Adler, P.A.