Home/Dangerous Drugs/Medical Malpractice and the Opioid Epidemic in America 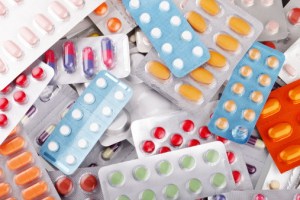 When you talk about America’s “drug problem,” people usually assume you mean illegal drugs: marijuana, heroin, meth, etc. There are a lot of people who struggle with addiction to those types of drugs, but what we want to talk about are painkillers – opioids, in particular. The opioid epidemic in this country is so severe even a Congress that has difficulty agreeing on anything managed to pass a bipartisan bill to address the problem. That bill is the Comprehensive Addiction and Recovery Act, or CARA, and it was signed into law by President Obama on July 22, 2016.

The Act isn’t perfect. The funding is problematic. It may not help everyone – but it’s an excellent start. Here is a quick summary of what the law will do. Please pay close attention to the second bullet point:

(You can read a longer summary here.)

We emphasized the importance of monitoring and tracking prescriptions for a few reasons: first, because we have long decried the problems that come when prescriptions are not monitored, and second, because of a $17.6 million verdict out of Missouri, where a man named Brian Koon “had been prescribed more than 37,000 pain pills between 2008 and 2012 at levels far above those recommended by the Centers for Disease Control and Prevention and other experts,” as reported by the St. Louis Post-Dispatch. Mr. Koon not only became addicted to the medications, but he suffered depression that affected his family, and had to enter rehab in order to withdraw from the drug.

37,000 pain pills over the course of four years. At one point, Mr. Koon’s doctors had him on OxyContin, Vicodin and oxycodone. His “average daily dose of morphine-equivalent milligrams of opioid medication rose from 49 a day to 1,555 a day.” He and his wife sued Dr. Henry D. Walden and St. Louis University for medical malpractice, and they won. The verdict included $15 million in punitive damages.

This is one of those cases that seems almost too severe to be true; how does a doctor not know how many drugs he has prescribed? How does no one catch on for four years that this patient is basically living on highly-addictive opioid painkillers? How does it get to this? Missouri is the only state in the country that does not have any kind of database for monitoring prescription drugs, but certainly its doctors keep medical records on hand.

We understand that this is an example of gross negligence, and most cases of medication errors are nothing like this one – but that does not diminish the truth behind our country’s problem with pills, nor the frequency with which medication errors are made. Every day, people are prescribed opioid painkillers, and every day they run the risk of becoming addicted to them. CARA is a strong first step to putting an end to the epidemic once and for all, but we still have a long way to go.

At Plaxen & Adler, P.A., we support efforts put forth to protect patients, and to put an end to the serious drug problems so many Americans face. In our role as medical malpractice attorneys here in Maryland, we have seen firsthand how dangerous medication errors can be. That is why we fight for justice on behalf of our clients. To schedule a free consultation with an experienced Baltimore dangerous drug lawyer from our firm, please call 410.505.8855 or fill out this contact form.