The country’s largest medical malpractice insurer is called The Doctors Company, and they have released new data indicating that electronic health records, or EHRs, are becoming increasingly common in medical malpractice claims. In fact, they say that claims involving EHR errors or problems have essentially doubled over the last year. 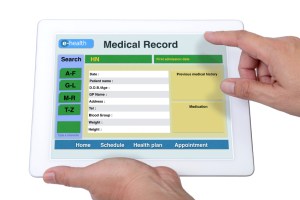 These errors are affecting patients’ and their lives in varying ways. In some cases, an error made in the EHR has led to patients being put at unnecessary risk. According to Politico, “discrepancies between what doctors and nurses see on their computer screens and the printouts of electronic records that plaintiffs bring to court are leading some judges and juries to discredit provider testimony” which is making an impact in medical malpractice lawsuits.

We believe that there are good, hard-working doctors out there whose work could be suffering because of glitches in the system. It may seem odd, but it looks like this time we agree with the insurers. Electronic health records are causing problems for patients and healthcare providers alike.

The data presented in TDC’s article indicates a number of problems with electronic health records. Some of those problems include:

All of these issues are compounded by poor training as well as the risk of general negligence, which can lead to incorrect information being entered into the system.

Ultimately, doctors and pharmacists are responsible for being vigilant and for taking care of their patients. Whether an electronic health record has a glitch that does not allow a doctor to enter the right code, or a nurse misreads a record and gives a patient a medication he cannot take – it is all medical negligence, and victims have a right to be compensated for their pain, suffering, medical bills, and lost wages.

If you suffered harm because of a problematic EHR, we invite you to contact Plaxen & Adler, P.A. to discuss your case.