President Obama’s State of the Union Address on January 20th referenced a Precision Medicine Initiative, which the President hopes will bring American scientists and doctors closer to discovering a cure for diseases like diabetes and cancer. The term “precision medicine” refers to the targeting of diseases caused by specific factors or mutations in a smaller part of the population; in other words, instead of taking a generic aspirin for a headache and hoping that it works, people will take a specific type of aspirin that targets their particular headaches on a genomic or molecular level.

Precision medicine is not new – in fact, we discussed the topic on our blog back in September – but that does not make it common. The “problem” with precision medicine is almost entirely financial: on the one hand, large drug companies do not want to invest millions, maybe billions of dollars into a drug that may or may not work. On the other hand, the potential to make vast amounts of money by creating a “cure” for a very specific subset – a cure that may otherwise be unobtainable to those people – is hard for large pharmaceutical companies to ignore. (David Kroll’s article in Forbes.com is an excellent review of the financial concerns.)

What precision medicine means to the public 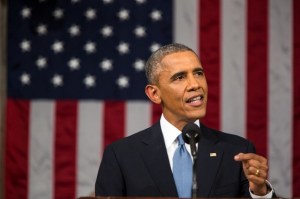 If President Obama’s initiative gets the attention it deserves, we could see a future where theoretically no one is given the wrong medication ever again. With enough support by state and federal governments as well as the major pharmaceutical companies, the country could see a future where sick people are treated with medication specifically designed for them from the start.

But we may also see a world where people suffer for longer, or are never given an option for treatment, because they cannot afford the drugs that are designed with their mutations in mind. And if all medicine becomes precision medicine, patients could lose their options entirely.

For example: a person with a sinus infection should get well faster if he or she takes a prescription anti-biotic than if that person takes an OTC drug. But with the rise of precision medicine, those prescription antibiotics may double, triple or even quadruple in price – and those OTC drugs may become extinct. Now the patient with the sinus infection has no choice but to hope for the best; the prescription is unaffordable, and the OTC drug option is gone.

President Obama’s Initiative is exciting, and the possibility of people being treated with medicine meant specifically for them (avoiding medical malpractice where incorrect medicine is given) is exciting, but we need to reserve judgment until we can be sure that this plan does not succeed at the expense of the sick. If you have questions, we encourage you to visit our website for more information.