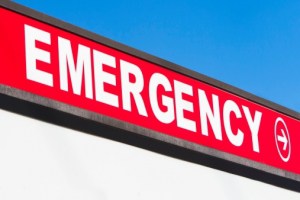 The emergency doctrine, sometimes called the imminent peril doctrine or the sudden peril doctrine, is a “principle that allows individuals to take action in the face of a sudden or urgent need for aid, without being subject to normal standards of reasonable care.” It is what allows a man who sees a person choking in a restaurant to administer CPR without fear that he will be sued by the choking victim if, during the procedure, the rescuer accidentally breaks the ribs of the choking victim in the process.

The lines between the emergency doctrine and medical malpractice can be a bit blurry. This is because a medical professional is held to a higher standard of care than the average citizen; it is assumed that a healthcare provider would know about the proper way to render aid in a medical emergency, thus leading to a higher level of care in general.

Can the emergency doctrine apply to doctors as well?

An example of how the courts might skew the view in regards to the doctrine occurred a few years ago in North Carolina, where a woman in labor was admitted to a hospital for delivery. The doctors failed to give her a vaginal exam before they induced labor using the drug Pitocin. Several hours later they performed the exam and noticed that the umbilical cord was protruding from the woman’s body (called umbilical cord prolapse), and they rushed the woman off to an emergency C-section. The woman claims that her child now suffers from a series of cognitive disabilities, and that this is directly related to the delayed C-section.

Had the doctors or nurses performed a vaginal exam as is required, they certainly would have discovered any potential problems with the umbilical cord, and could have scheduled an emergency C-section immediately. By failing to perform to their expected standard of care from the beginning – before there was a genuine medical emergency – they are potentially responsible for the disabilities the child now suffers. Furthermore, hospital employees should be trained to recognize potential problems, and held to a higher standard in terms of their actions during an emergency. To claim that they are protected by the emergency doctrine contorts the meaning behind the doctrine, and the appellate court, in this case, agreed. We hope that a new trial will grant the family the help they need to care for their disabled child.